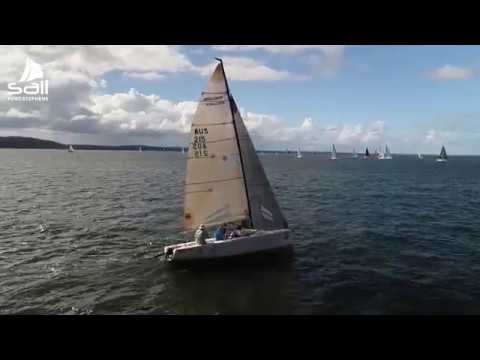 On the opening day, Team Tilt tied with Team France Jeune on points and finished second. On day two the Swiss team badly wanted to improve their position, but finished fifth in the opening race. They regrouped the team for the penultimate race and adapted to the tricky conditions to finish third.

In the final race of the day, Sebastian and his crew received a penalty at the beginning of the race. The team fought back well and secured the third place on the podium.

The two-day final of the America’s Cup at Great Sound of Bermuda saw some bad light conditions. The wind at eight-twelve knots foiled the action for spectators and for the sailors as AC 45Fs had to be lifted out.

This was the second edition of the Red Bull Youth America’s Cup for sailors under 24- years. Team tilt was part of both the editions and finished fourth in the first edition in 2013 in San Francisco. Lucien Cujean was the skipper of team Tilt in 2013. Jocelyn Keller and Jeremy Bachelin, the crew members for the second edition were also the part of the team in 2013.

Team Tilt is expected to stay in Bermuda until 26th June when the team is scheduled to reach Switzerland. There is no information available at the time of arrival of the team.